Choose deen over everything else

Register Now for Free but with responsibility 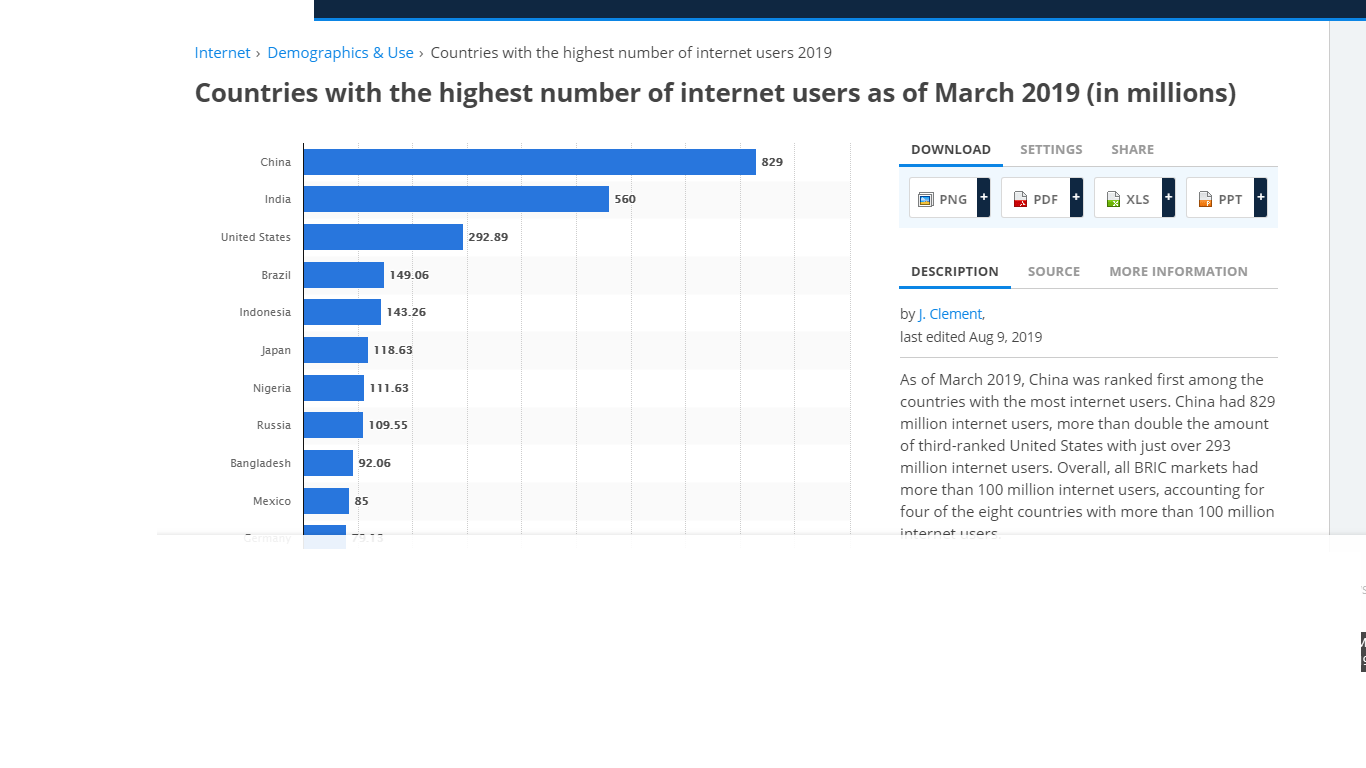 There was a time when marriage was as easy as finding an iron ring for a man who didnt find anything else to give as gift to a woman he intended to marry approx 1440+ Hijri years ago[1]. Therefore he got married on the basis of how much Quraan he had memorized. But Muslims today by large are stuck in the deadly walls of Jaahiliyyah i.e.Ignorance of past in the name of culture norms like high Mahr, back breaking loans for the groom just to survive the culturally expected lavish wedding halls whilst on the bride unbelievable expenses on brides makeup, dress etc a well decorated new home so huge that it could fit in 5 refugee families.  9 million people die out of hunger every year. Imagine the amount of extravagance as well as evil innovated traditions inspired from Hindus or Christians (Rasumaat like Mehendi famous in Indo-Pak etc) whilst abandoning waajib Sunan not to mention the deceptive and extravagant function, full dj system, music, dance, fireworks, freemixing and other muharramaat i.e. prohibitions in name of celebration sometimes causing fire in the wedding and intolerable disturbance to old and sick in the neighbourhood (those living in Indo-Pak) know what i'm referring to), demands of dowry from boys family called Jahaiz (Indo-Pak Hindu inspired nonsense) and though there is great awareness about these things around the world now but very few Muslims care to learn facts and make serious changes in action about how marriages are to be conducted from A-Z according to Sunnah of our beloved Final Messenger of Allaah Muhammad Sallallaahu 'Alaihi Wa aalihi Wasallam  (please say this when ever you read or hear his name in your life as it's an obligation to protect yourself of the curse)

What many people fail to realize is that the general guidelines on method of marriage is already legislated and not open to personal judgements of people of any era  just like trade or any other process humans go through in their daily lives. The nonpracticing Parents are primarily responsible for all the evil that happens with regards to marriages and at times it the kids who are misguided. We had so many cases in last 7 years where Muslimah or Muslim were upon truth but their parents were a great trial for them,  misguided (not practicing and following their evil desires) and vice versa.

If you go by statistics then most proactive of social media users are actually from Non-Muslim countries who are far away from Islaam and Tawheed. Ofcourse that doesnt mean the Muslims are not proactive on social media at all but reality of matter is that by large internet is mass produced or overloaded by content come from these countries including the adult industry which has not only destroyed lives of NonMuslims (Ted talk by Ran gavrieli) but countless Muslims singles as well as couples and the evil affects are ever increasing. What the youth dont realize how much time(great asset), energy and attention span are snatched away by youtube and rest of social media if you are not careful and keep track of things. One requires a strict self control to get by using these platforms and not get harmed and that is why the people of knowledge always warn against the evils traps of shaitaan which come in very superficial forms today.  We should ask ourselves the question that is info overload is a good thing? What can be the consequence of every person on this planet having his own channel and broadcast system then how chaotic and uncontrollable things can get. Shaitaan deceives youth and oldies alike into self obsession and fame hunger games whilst failing to realize that Muslims are being humiliated, crushed, defeated, oppressed in most of the lands today, a harsh reality very few have awoken to respond.

Why does this all happen? The root cause is not knowing the fundamentals of Islaam (that Oneness in Worship is the core message of Islaam) and this failure alone is enough to destroy any nation. Furthermore they not only grow up having these false ideas about purpose of life but end up forwarding to next gen. A wrong mindset and upbringing on deluded or false principles as well as these youths carelessness and irresponsibility in regards to the understanding and practice of their religion and disconnection to the well known scholars of Islaam the likes of Sheikh Saleh Al Fawzaan, Sheikh AbdulMuhsin, Sheikh Rabee (May Allaah protect and preserve them all) etc As Muslims we all claim or atleast pretend that we love Allaah Sub'haanahu Wata'ala the most, then His Final Messenger Muhammad Sallallaahu 'Alaihi Wasallam but the question is do we really live a life which even in the slightest sense resembles that of the companions, let alone that of the final Messenger Sallallaahu 'Alaihi Wasallam.

I find it quite surprising that vast majority of Muslims today live off their lives assuming that every good deed or act of worship they are doing is being accepted by Allaah. They fail to realize that Allaah does not accept any action until it fulfills 2 conditions, 1st doing it sincerely for sake of Allaah and 2nd doing it exactly as was done by Muhammad Sallallaahu 'Alaihi Wasallam. The 3rd important thing to remember is that we practice Quraan and authenticated Sunnah as per the understanding of the pious predecessors and not bringing our own twisted/biased mind into the equation. It means however big of a degree of the world (Dunya) we hold in our hands but until we have spent decades studying Islaam under a true senior Scholar having authentic chain of narration, we shouldnt dare to delve into matters we are not worthy of just like i'm a Computer Engineer and i dont go to a doctor and start telling him how to do my diagnosis for any illness. However as a small student of knowledge I can share what I have learned from the scholars of al Islaam as far as reference everything from the source.

Undoubtedly choosing a pious spouse is one of the most important decision that comes in a persons life at certain point of time and whether we seek divine guidance in this matter or not  is a critical research on his or her religious credibility. Accountability of one's deen (religious commitment) and Ikhlaaq (mannerisms) by one's ownself is not only a must but this is something the Messenger of Allaah Sallallahu Alaihi Wasallam used to do himself and advise the Sahaabah (May Allaah be pleased with them all) to take special care of.

Marriage is a Sunnah, a form of 'Ibaadah which all the Noble Prophets and Messengers practice, in which one forms relation with another human purely to please Allaah and this is one of the crucial times we are given a choice in a relation while some are default (like blood relations) and we have to fullfill the bonds of kinship with them whether we like it or not. Along the many benefits that come by this noble act is the enjoyment and fullfillment of the natural desire in a halaal manner or supporting each other in other forms of worship in the ups and downs of this temporary life.

Another important problem to point out is that individuals come into marriage with unrealistic expectation and many at times they are not ready for marriage in practical sense (bills for husband's and kids for wife's). An individual should approach marriage with realistic expectations while being sincere with Allaah first and foremost. One who fullfills the rights of His Supreme Creator in the truest of sense can only sustain to fullfill the rights of His creation. The creed or belief of a person will decide whether he will end up deservingly in Jannah or Jahannum and even if a person has great ikhlaaq and prays 5 times but he has corruption (Shirk) in his belief then he will never be successful in both the worlds. So Muslim men should fear Allaah and not offer to teach a woman Quran as Mahr when infact he can afford to gift her with a Gold set or anything halaal which would please her. Similarly Muslim women specially reverts should not network with men on FB claiming they dont have a wali and the Imaams of the Masaajid are not helpful enough. Patience and Gratitude are obligatory characteristics of a believer in times of hardship and case respectively. You can ask you Wali to contact our Salafi Marriage Foundation and take help in finding a pious spouse for you if he is really busy and our sisters can stay in touch with our (Salafi Marriage Foundation) female Admin to assist in follow-up in a halaal manner.

So having sound Aqeedah and Manhaj (methodology) which mainly constitutes Tawheed, guarding the 5 Pillars of Islaam (specially Salaah with Khushoo') and truely believing in the 6 articles of faith and acting in accordance with it), guarding the tongue from laghw(vain talk), paying due zakaat, guarding private parts except from wives etc (taken from Surah Al-Mu'minoon 1st few ayaahs and Sahih AlBukhari Hadith of Umar bin al Khattaab May Allaah be pleased with him on Islaam, Imaan and Ihsaan etc) and rights of His creation like taking extremely good care of parents, close relatives (enjoining bonds of blood), being goood with one's neighbours Muslim or NonMuslim and enjoining good and forbidding evil etc all of these are qualities of a successful believer; most suitable candidate to deserving of eternal bliss and happiness (Jannah).

Once we understand this solution to marital bliss we also need to understand the fact that not all of us are Mujjaddideen (Expert Scholars/Revivers of Islaam) and have the ability to read Quran, Ahaadith and Athaar in Arabic and derive benefits directly from core divine sources and this is when we need to contact the inheritors of the Prophets i.e. Scholars as Allaah says in the Quraan in Surah An-Nahl Verse 43 '...Ask the people of knowledge if you dont know'. All Muslim brothers and sisters should contact their local Masjid Imaams or community leaders who are of sound Aqeedah and Manhaj as-well-as well-known for their trustworthyness and great character to help you find a pious practicing Muslim spouse in a halaal way and be patient with them as they are truly busy in community service and more importantly their individual obligations. Traditionally word to mouth used to be the way to go however since we researched and realized a great gap in number of sound people working in field with authenticity so we started of this NonProfit foundation in 2012. However as of today 2019 there are 2-3 Maraakiz and Salafi Masaajid and community leaders who have started initiatives of supporting in matchmaking for Salafi's so I dont see the need anymore for us to work in this field anymore so I the  (Admin) have decided to close 20.9.19 our match making efforts however I will keep this website open as a blog for general info on marriage related articles, guidelines and counseling like an educational resource with original research and content, if Allaah wills.

Create your own unique website with customizable templates.
No information provided on this website maybe copied or abused in any way or form without our consent - All Rights Reserved 2014.